As the new sulfur emission rules of the International Maritime Organization are about to come into effect in January, a shortage of refueling barges is causing delays in compliance, Reuters reports.

Analysts had expected disruptions ahead of the IMO 2020 rules, but the general opinion was that these would be caused by shippers' slowness in equipping their vessels with sulfur scrubbers and by refiners who would be unable to produce enough diesel and very low-sulfur fuel oil to replace the high-sulfur version.

Now, it appears there is enough diesel and enough very low-sulfur fuel oil, but not enough refueling barges to deliver the fuel to the vessels that need it.

“It’s a very disrupted bunkering market,” Reuters quoted a shipping industry source as saying. “There is enough product in most places but it’s the barge availability that’s a problem.”

The cause of the problem is as prosaic as can be. Refuelling barges need to be cleaned before they are loaded with a new type of fuel. The cleaning process, apparently, can take up to a week.

Yet perhaps the bigger problem is that there are simply not enough barges. As Reuters notes, before, barges carried just two types of fuel. Now they will carry three, which means more barges will be needed. Although one would think the industry would have anticipated the situation, it appears the focus on fuel supply and scrubbers has been overwhelming.

The new IMO rules stipulate that ships can only use fuel that contains 0.5 percent of sulphur. That’s down from the current 3.5 percent maximum allowed sulphur content. If a vessel is fitted with a scrubber that captures most of the sulphur in the fuel, it can continue using high-sulfur fuel. The changes prompted refiners to boost their low-sulfur fuel oil output earlier this year but it seems the bunkering industry has dropped the ball less than a month before IMO 2020 kicks in.

By Irina Slav for Oilprice.com 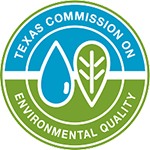